Luis Carlos had given Paula the news over the weekend that he’s accepted a job further away. I can’t imagine why he wouldn’t prefer to stay here and continue digging trenches by hand!!

I’d developed a cold with a pretty bad cough so didn’t make it to the job on Monday and instead used the time to prepare for the English classes scheduled for the next day – I was working on optimism that I’d have a few more students. The questions of me by women and kids in the town had suggested I would but I’d been there before!

Turns out the notices had worked. Four women turned up for the morning class and two young guys had been brave enough to turn up and ask if they could join the class…how could I refuse such enthusiasm? I wasn’t too popular for not having offered a class for the men. I reasoned with Paula that if they were keen enough they’d get their partners and kids to share their learnings with them. I did admit though that part of it was motivated by my observation that the men spent a lot of time sitting around together while the women were stuck at home.

It was an interesting class given my limited ability to answer any questions they had but we struggled through, with the occasional use of Google translate for me to give an answer, and they seemed keen to come back the next week.

As for the kids, I arrived spot on time. One of my little friends who lived near Lilia’s was standing out front of the library exclaiming “muchas estudiantes”. I wandered into a class of about 40 kids. We had a fun time but it was a bit challenging to manage the big class with a big age range so I decided to split it for the following week. Thankfully when I explained this at the end of the class the majority seemed to understand and any that were unsure approached me after class to confirm the class they should attend. They were all so cute.

Back on the job on Wednesday. When I arrived I met the two new members of the work crew – Hernan and Humberto.

It was great to have the extra hands as I’d estimated it would take around seven weeks per level if there were only two guys working on the earthbag filling. Humberto and Hernan were mainly tasked with mixing the soil, water and concrete. It was tough work for anyone let alone someone who’s 70 (except my dad) and it was clear throughout the week that Hernan was struggling.

The timber frames marking out the position for the doors had gone in so it was really taking shape.

We had a stormy night and a misty morning followed. While the workers on site wouldn’t have been able to see me coming down from Las Delicias in the clouds but I’m sure they heard me as I coughed away. The site was very wet and it started to rain. I wasn’t keen to make my cold worse so I bailed and Paula joined me. I used the rest of the morning to sort out the change in times on all the posters in the shops.

By Friday Hernan had had enough. He let Paula know he was ‘just a simple farmer’ and that the work was too much for him. With that she gave him the job of tidying up the plants around the site for the rest of the day, which he was very happy to do.

I was getting a bit frustrated with the use of the people power – seemed very inefficient and anyone who knows me well knows I abhor inefficiency. Paula was getting equally as frustrated with my frustration. I sensed I might be being more a hindrance that a help so decided it might be a good time to take a trip away. I started to put my mind to where I’d like to go next – so many options – Caribbean coast or its islands.

My mid week classes with Cruz Elena and Valentina were going really well. They were greeting and farewelling me in English, which was great to hear. The neighbour’s nine year old daughter, Andrea, had now joined in on the home classes. We’d had a new member introduced to the family at Las Delicias – Pinky the tortuga (tortoise)! Pinky had been found by Alsides in the Las Delicias jungle while he was clearing. They were keen to know what it could eat so I did the old Dr Google things and tried to find the right species and its dietary habits. I then spent 10 minutes in the kitchen pousting to all the things it could be fed and mimicking earthworms….funny how you manage to get your message across. I was secretly hoping they’d release it back up to the jungle.

Friday night was spent in Palermo. I’d found out from the bakery that they make pizza bases on the weekends. We visited on Friday night asking for a pizza but they communicated that they don’t sell pizzas – only bases. They found a random kid in the street to take us to a house that makes and sells pizza. I made the order and returned in half an hour to collect it. Funny sitting in their lounge room waiting for my takeaway pizza, chatting to a Jehovah Witness couple who were keen to show me on the computer in the lounge room a video about an Australian family from their clan that travelled around Australia selling the good word.  I communicated I was atheist to which I got a lot of silent nodding  I hoped they hadn’t seen it as an opportunity to help me see ‘my wrongs’.

We ordered a few beers at one of the tiendas and ate our yummy vego pizza. Lilia turned up with her friends. They all looked so cute – it was like a little people’s club!

The vibe certainly changed on Saturday when the family arrived from Cali for the Mother’s Day weekend celebrations. I was intrigued at how we were all going to fit in Lilia’s little two bedroom apartment. I had volunteered to stay up at Las Delicias but Paula insisted the family were all keen for me to share the weekend with them. So with that, all nine of us squeezed into the apartment for the weekend. They were such a social lot that there was generally not more than five people in the house at any one time.

A Colombian rider had come second in the Italian Giro cycling and the town was abuzz with the news. Guiri Guiri, a colourful Palermo farmhand, decides it calls for a Palermo cycling challenge. Just as he’s joking with us about it at the tienda next to Lilia’s a random cyclist rides into town. He puts the challenge to him and the rider accepts. The local truck driver jumps in his jeep with the loud speaker attached and travels around the town’s streets announcing the challenge.

We’re all waiting eagerly as the local truck driver drives into town announcing on the speaker that Guiri Guiri is in the lead. The town cheers him on as he rounds the square. What could possibly follow this? Races in the street of course, bets and all. Sprinting, cycling and even sack races! The winning kids were also getting paid to ensure the betters had the entertainment. Hilarious! As one of Paula’s family members said – “solo en Palermo” (only in Palermo)! 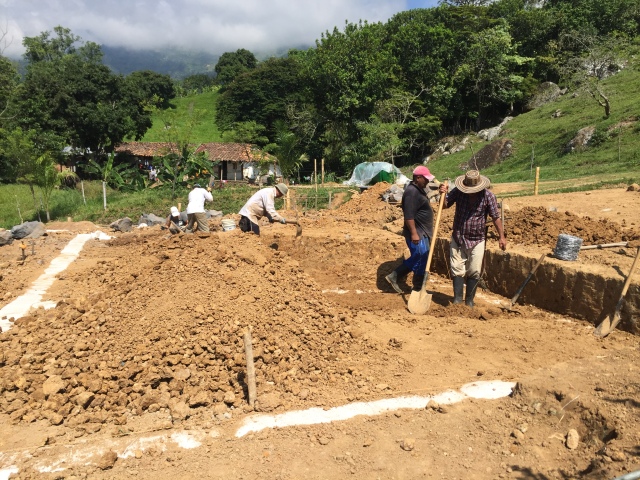 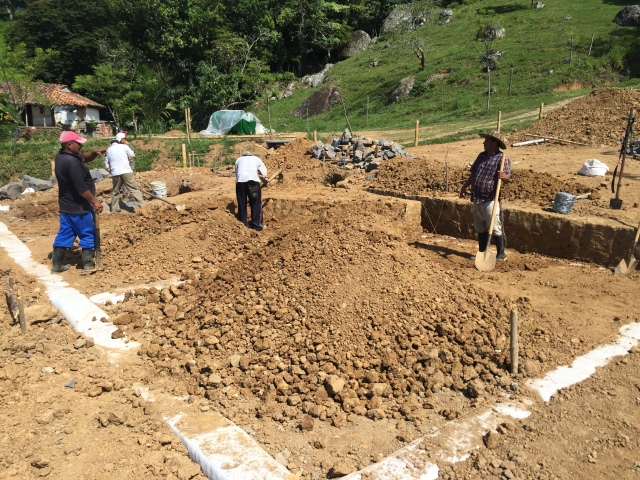 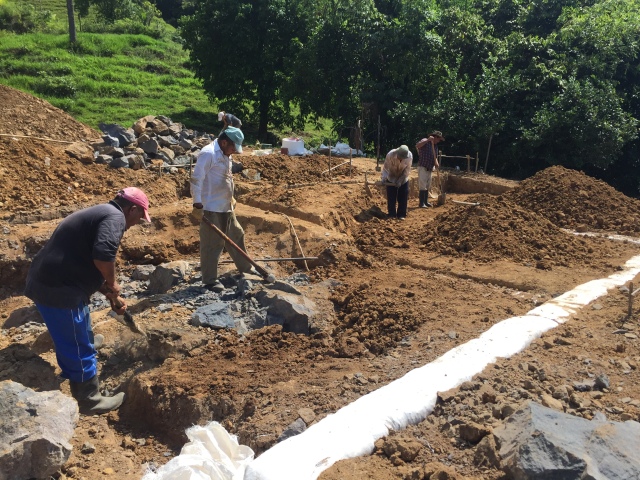 The assault on the rock continues! 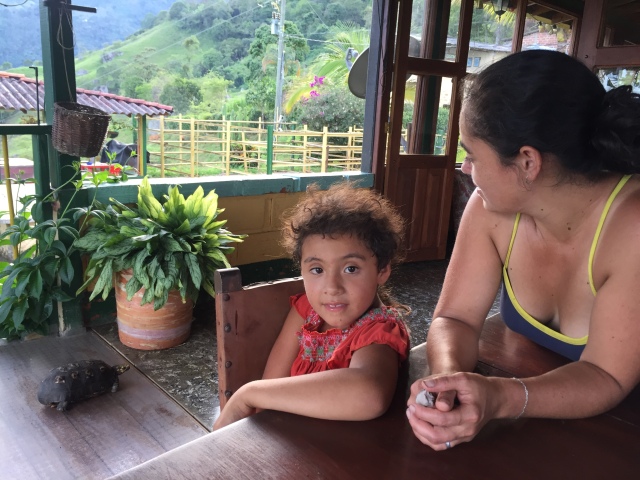 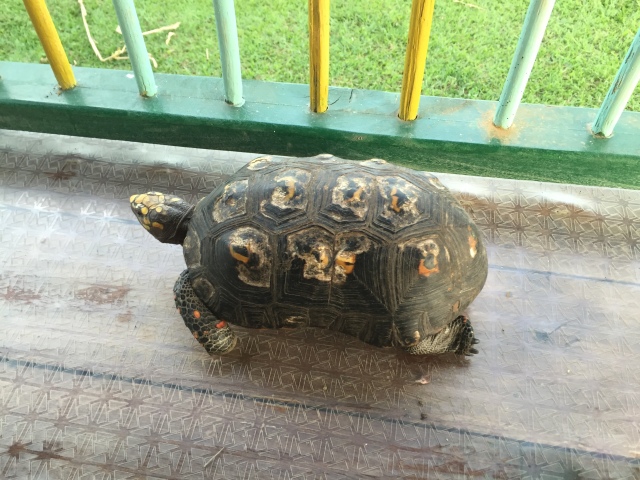 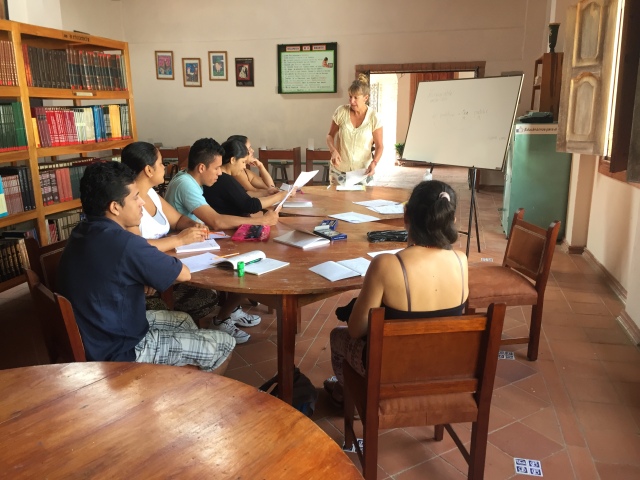 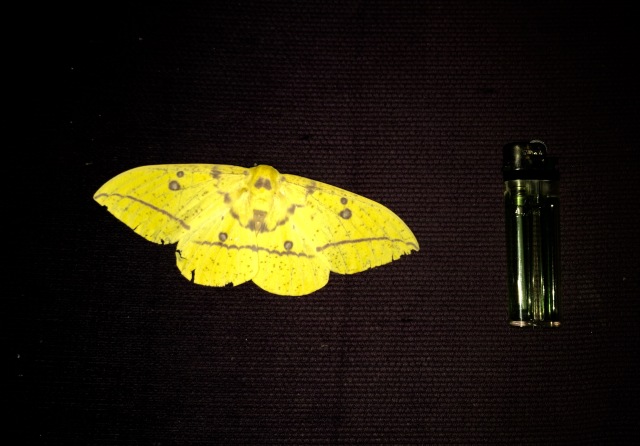 They breed the moths big in these parts – check it out next to a gas lighter! 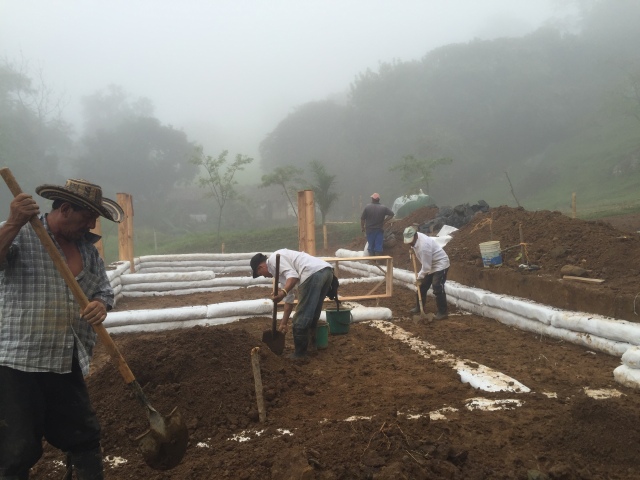 Not so hot today! 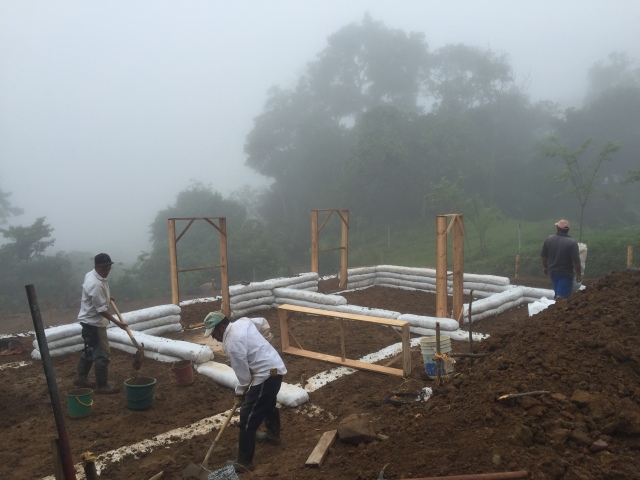 Door frames going in bring it to life 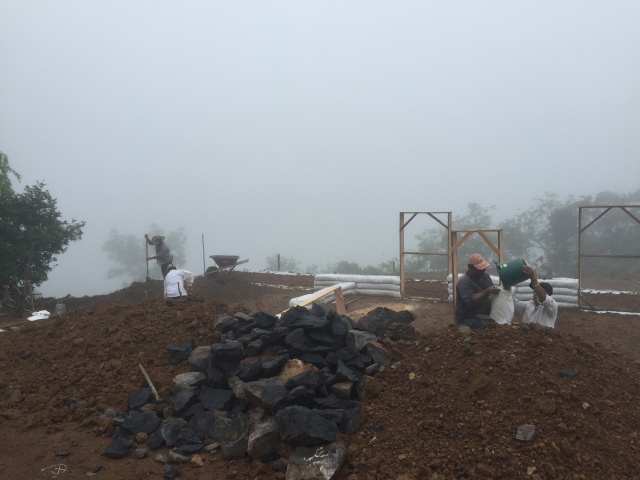 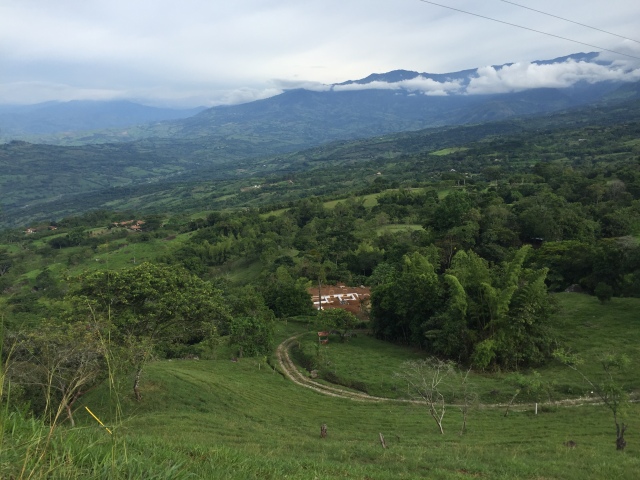 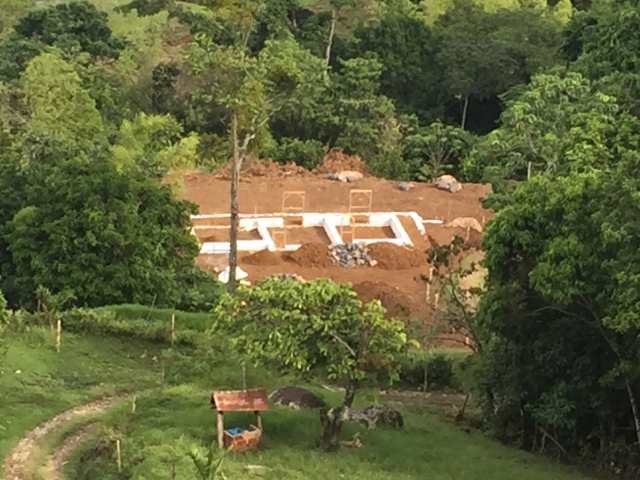 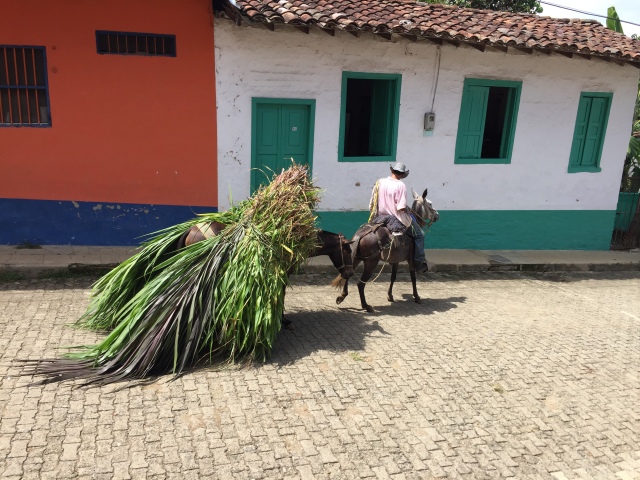 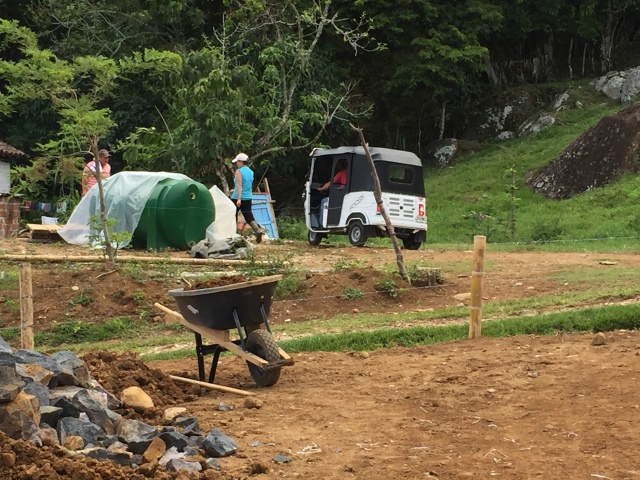 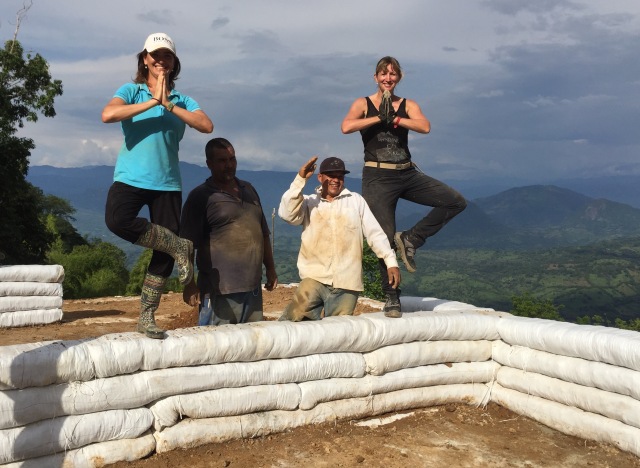 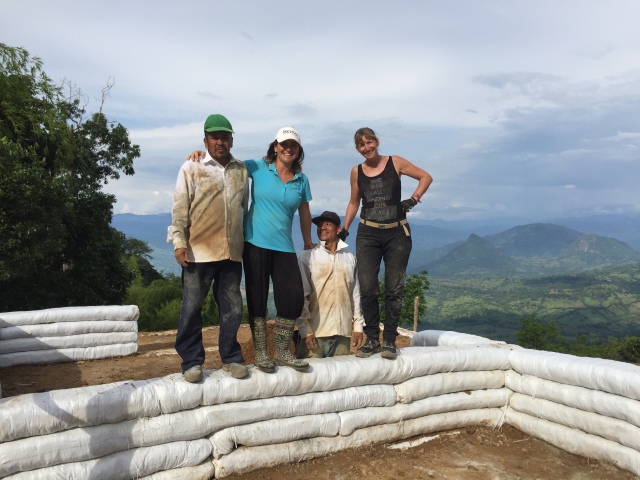 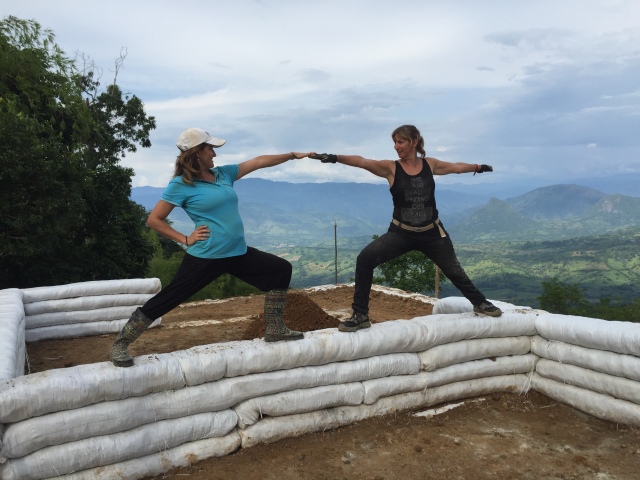 A bit of earthbag yoga! 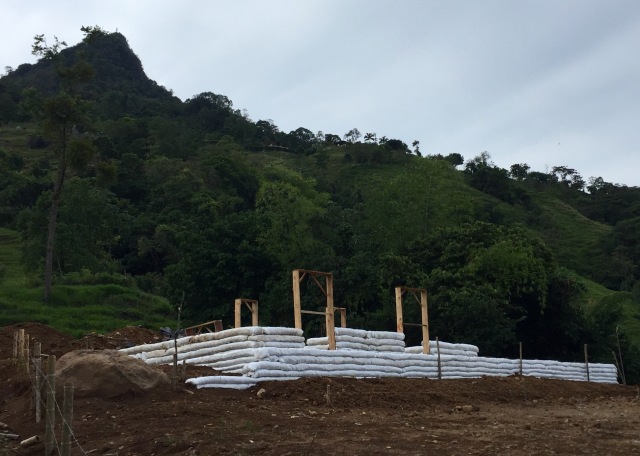 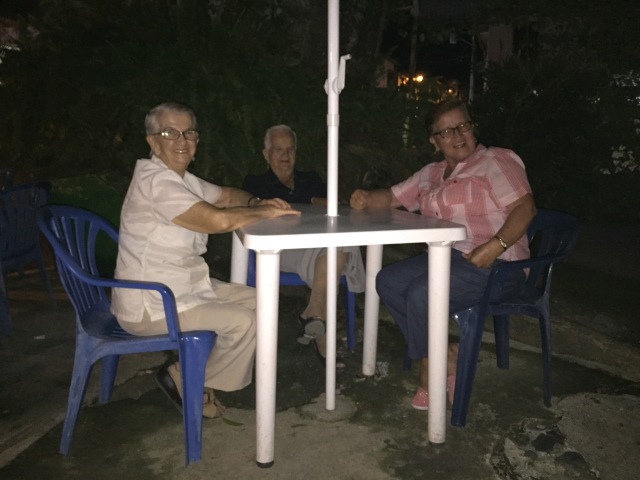 Lilia and her little friends 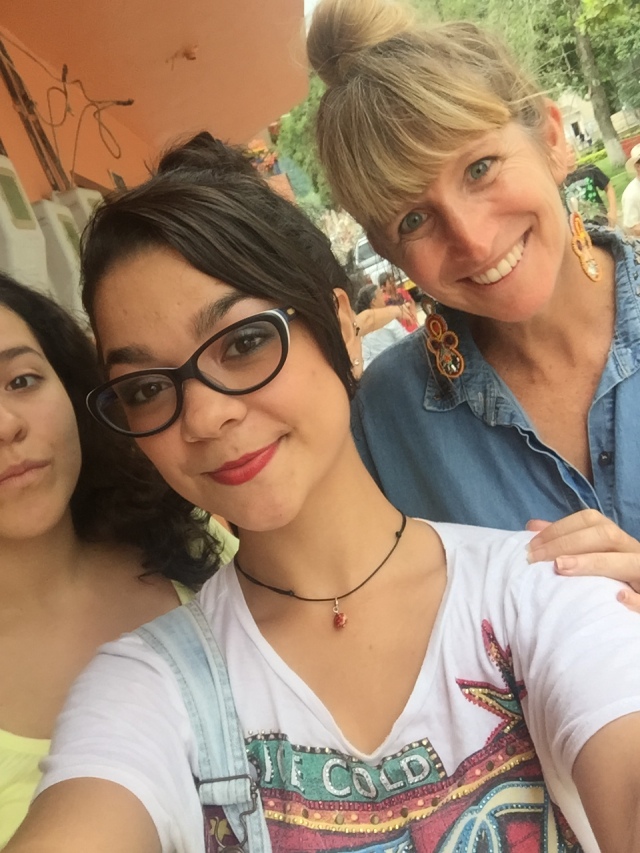 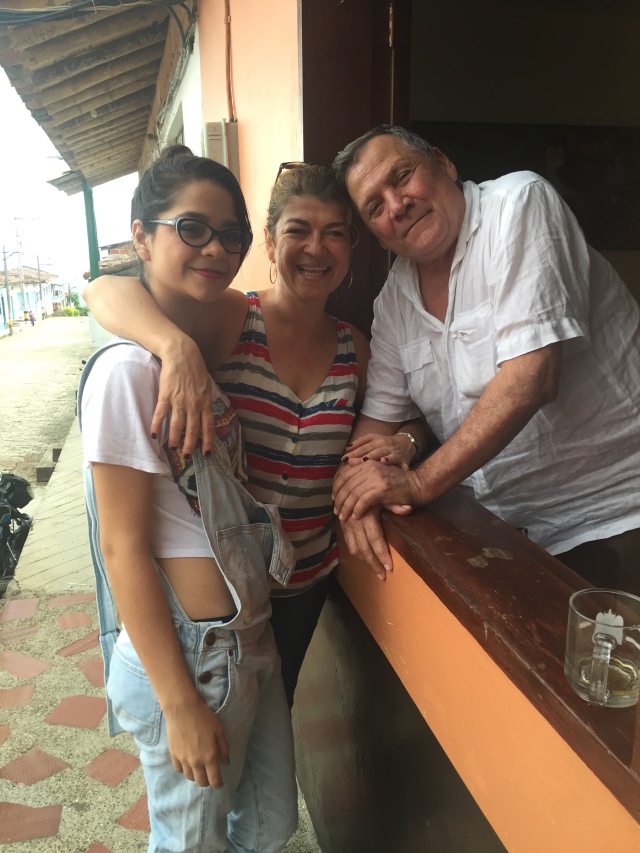 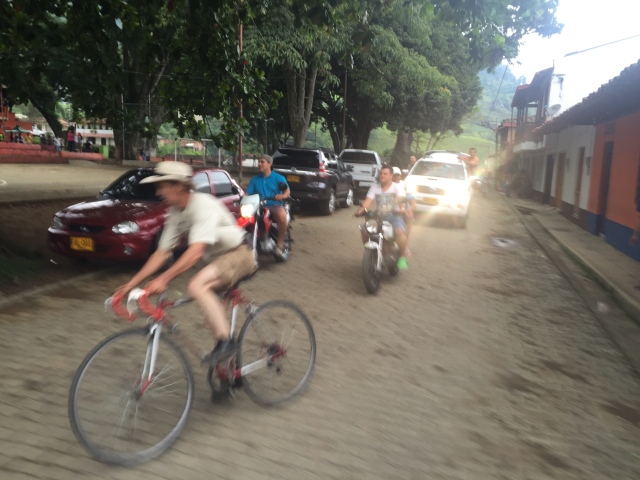 Guiri Guiri takes the lead in the impromptu Palermo Challenge

Paula and her eldest sister Omaira 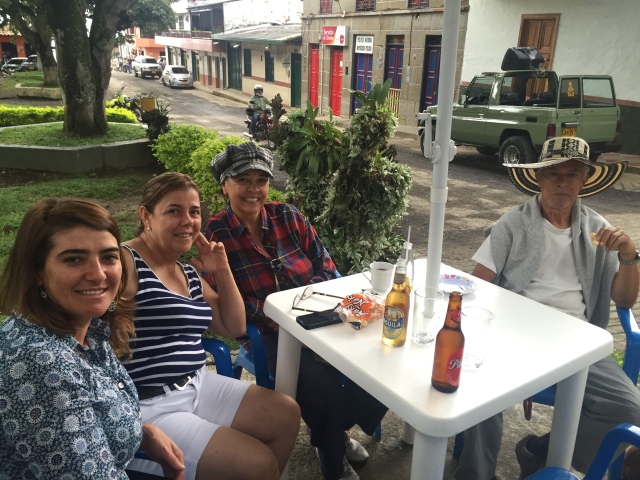 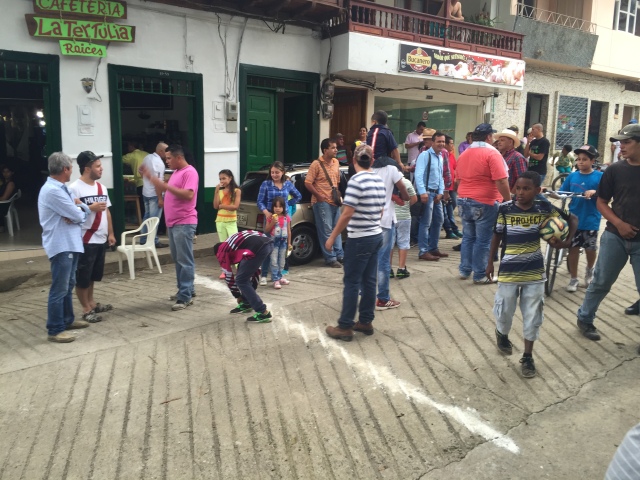 The finish line is drawn and the bets are on! 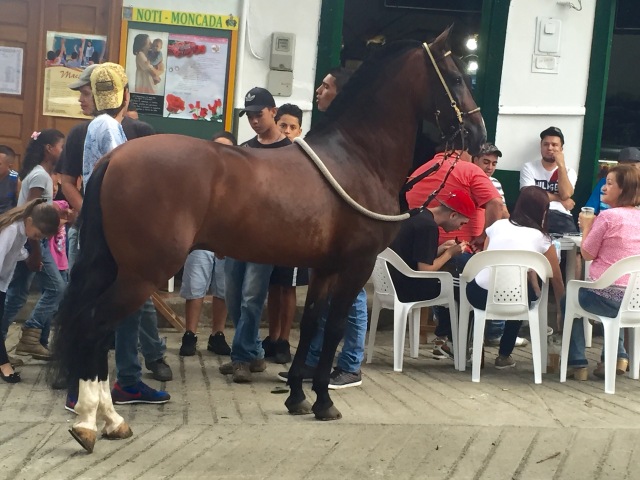 This is what $AUD50K will buy you in Colombia 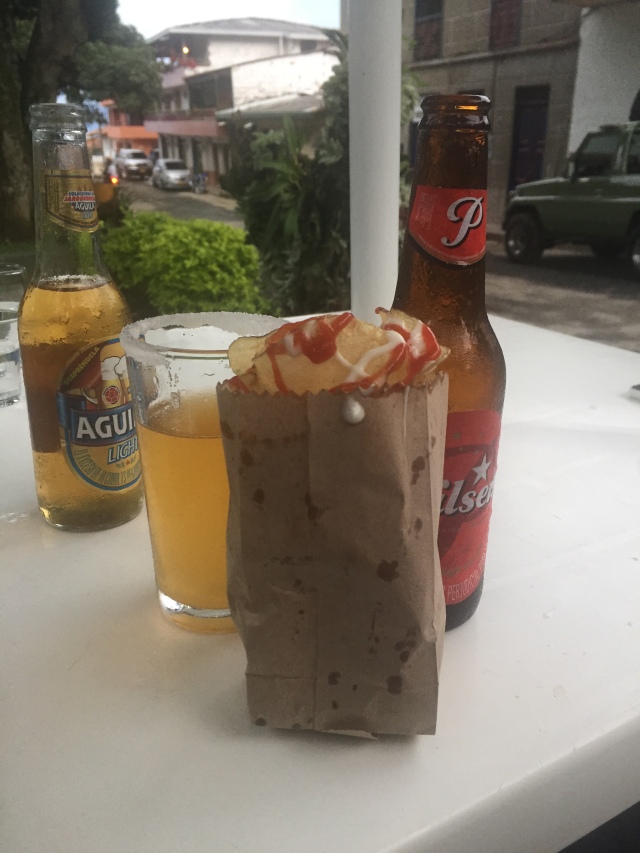 Some fresh potatoe crisps from the street stall – perfect with my mechalata! 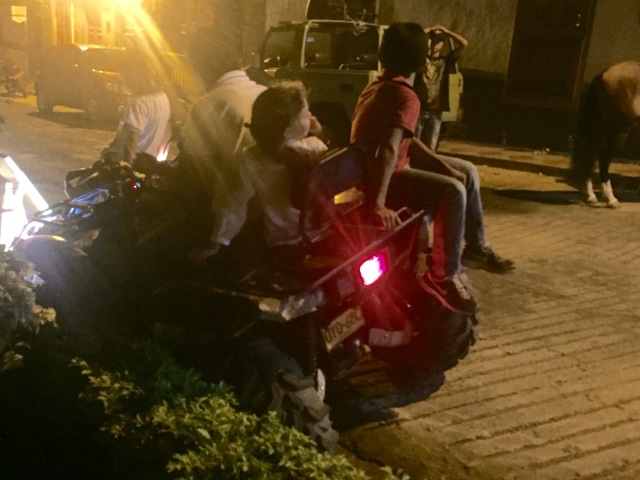 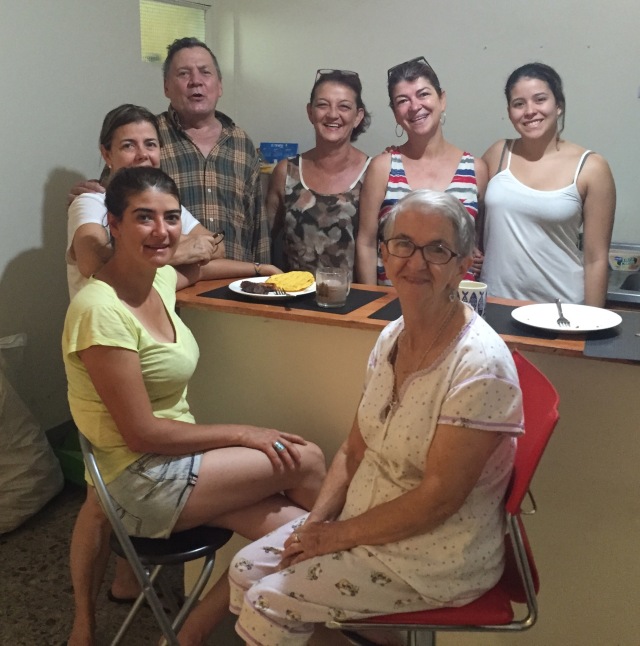 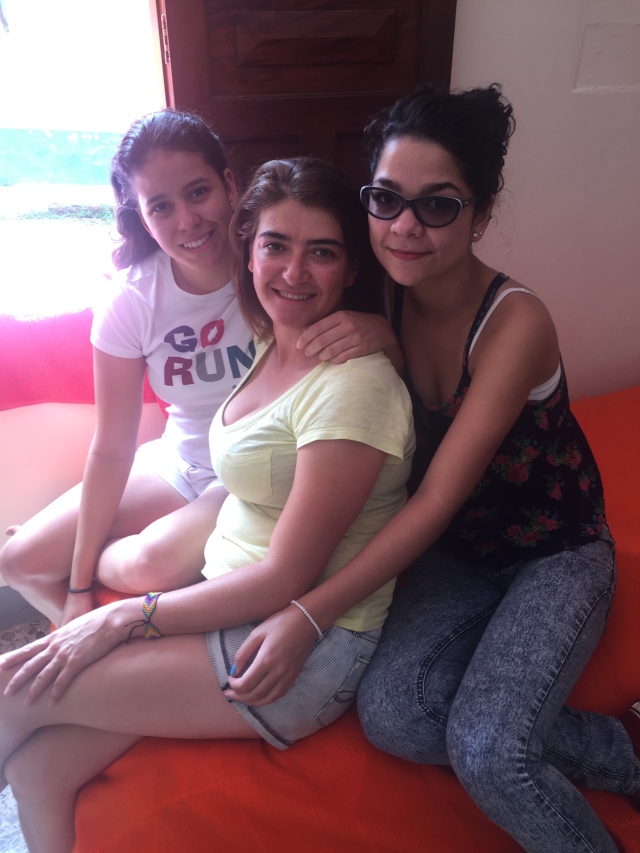