First day back in Athens was also my last with Deb, Marie and Al. I was unexpectedly invited along to an early evening soirée at their hotel roof terrace, which provided fabulous views down to the columns of the Temple of Zeus and up to the Acropolis. A fitting farewell after a fabulous week.

I was now on my third stop in Athens this trip so it was time to see a few of the originals from the ruins I’d visited a couple of weeks ago.

First stop the Athens Archeological Museum. It was a real treat. You could spend a day there but I got a good sense of some of the key pieces in a couple of hours. They even had a nice little Egyptian section.

I then decided to make my way to the funicular to get up to Lyttivos Hill. A couple of corners on and I encountered three buses full of riot police. They were piling out hanging onto their shields so imagining something was going down I got out of there rather quickly. As I continued on I noticed that all the shops looked long abandoned – they were half full and locked up with bars and chain wire. I’d thought I was walking through the uni area but realised it was a bit of a ghetto. Bought back memories of a similar experience in Bogotá, Colombia. Time for even more speed!

I was soon in a reasonable looking suburb but despite all the uphill there was no sign of a funicular ticket office. After asking a couple of taxi drivers who provided conflicting advice I was finally winding my way up to the lookout. The view of Athens made the hike up the hill worth it and it helped walk off the orange syrup and honey soaked cake I’d purchased in the way up!

Looking down on the Acropolis provided a different perspective, particularly with the sea in the background. It was starting to rain so thankfully the funicular was nearby from that end!  It seemed appropriate to finish the day with a fries laden veggie gyros in a Monastiraki Taverna!

I hadn’t yet visited the Acropolis museum so that was my main target for the day. Wow!  The pottery found around the city during excavations were amazing but the Korai, Caryatids, that were from the Erechtheion on the Acropolis were quite mesmerising. Only a couple are original with the others replicas (Greeks still trying to get originals back from the British).

There there were the freizes from the Parthenon. The museum had cleverly fused original pieces in with reconstructions to give you a true sense of the actual scale. More wows!

I’d spotted a cool looking spot in the airline mag en-route to Athens so decided to give it a go for dinner. It didn’t disappoint.  All traditional food sourced locally. The only disappointment was that the rooftop terrace was too cool (I mean in a temperature kind of a way) to stay for a drink.

I farewelled the guys in Filema, the restaurant below my room, with a lovely traditional Greek lunch. I’d eaten there before and one of the waiters had told me the night before as I was heading out that he liked my eyes – great marketing strategy.

After coming and going from the 1840s home shared with a few locals I’d become to feel like a local myself. Although waking to see the uncovered frescoes on my bedroom wall was a constant reminder I was in Athens, one of the world’s oldest cities.

I’d also had a little touch of my heritage while I was here. My grandmother, who was half Greek, had always given dad a layered biscuit chocolate cake for his birthday. Needless to say we all looked forward to dad’s birthday each year but I don’t think any of us has realised it is actually a Greek desert; likely handed down from Grandma’s family!

Now I find myself en-route to the Athens airport (having passed yet more ruins – this time in the metro) with a bag a little heavier than when I left.  What a wonderful holiday it has been – full of wonderment, mindfulness, love and laughter. There was nothing more could I ask for… 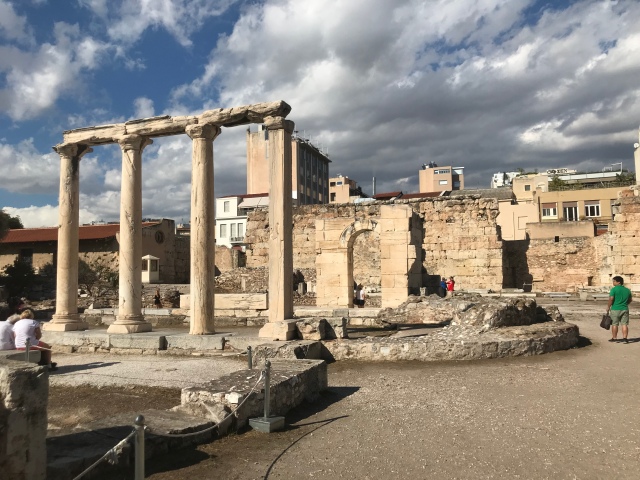 The ruins at Hadrian’s Library 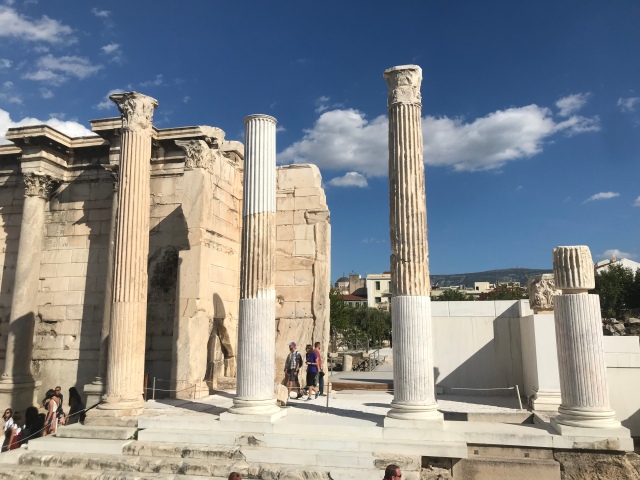 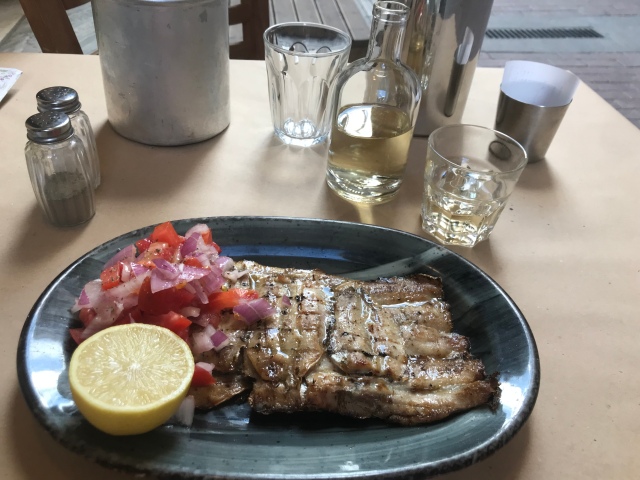 Acropolis mesmerising by day or night

Ruins of the Temple of Zeus 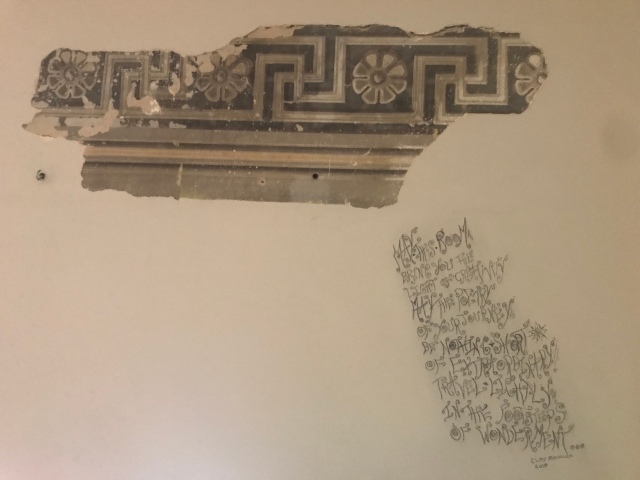 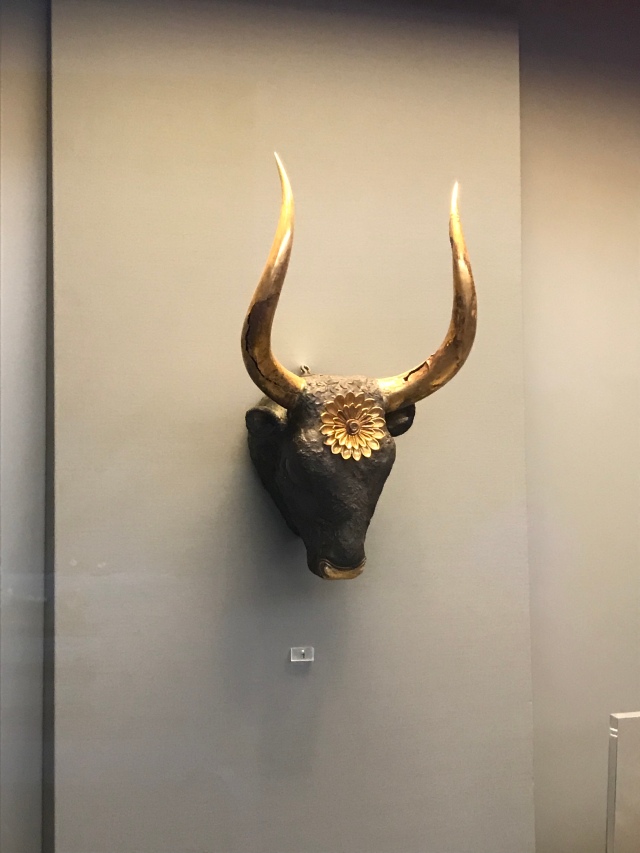 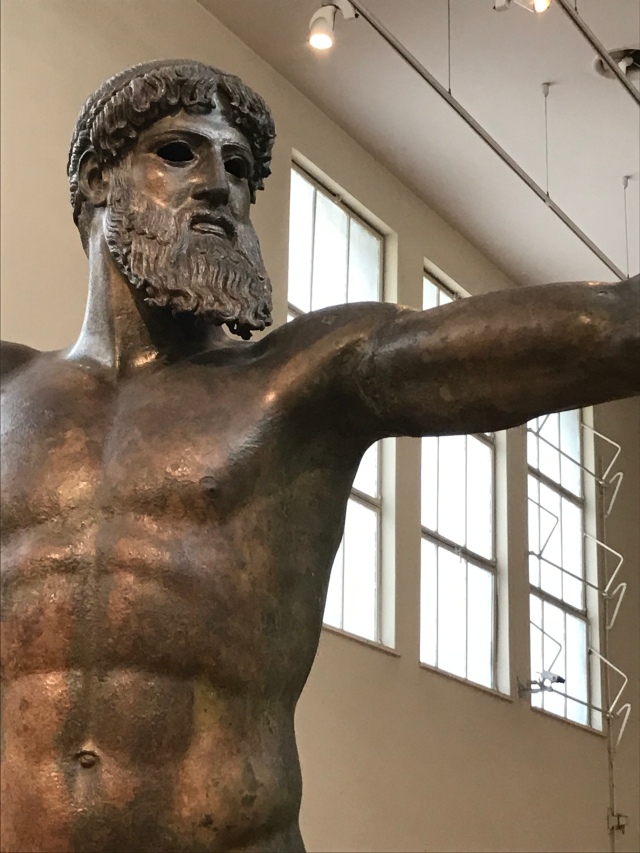 Naxian marble statue of Kouros – 600 BC 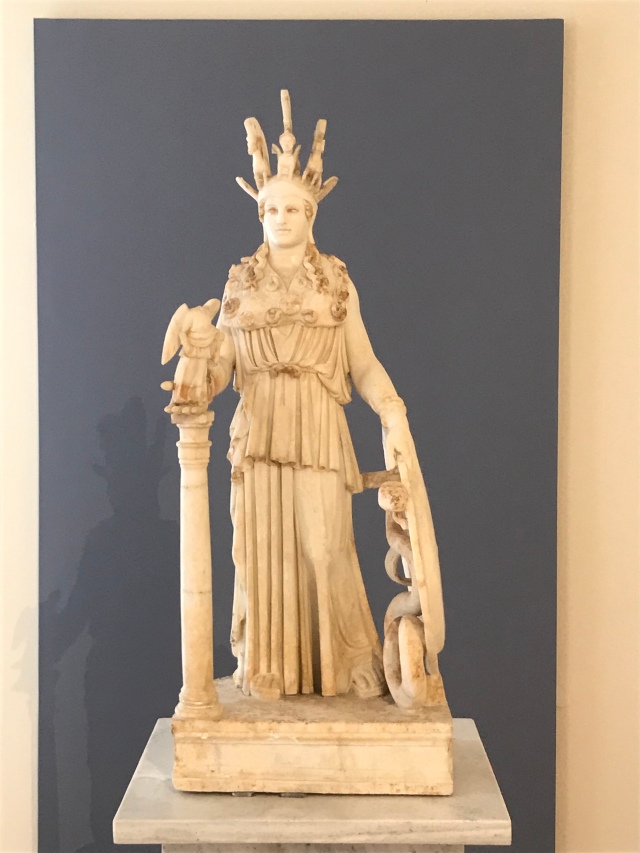 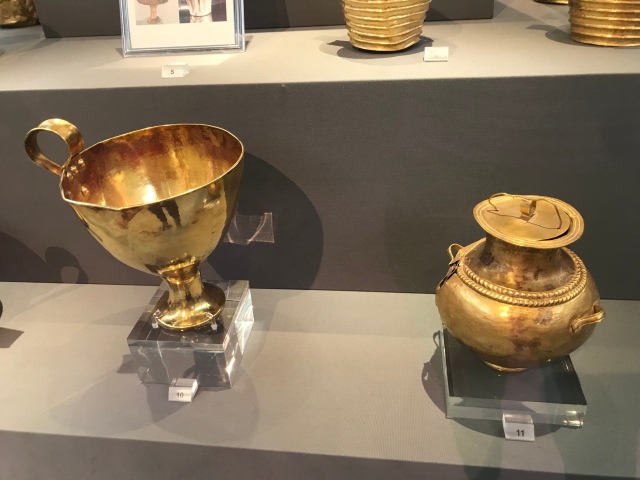 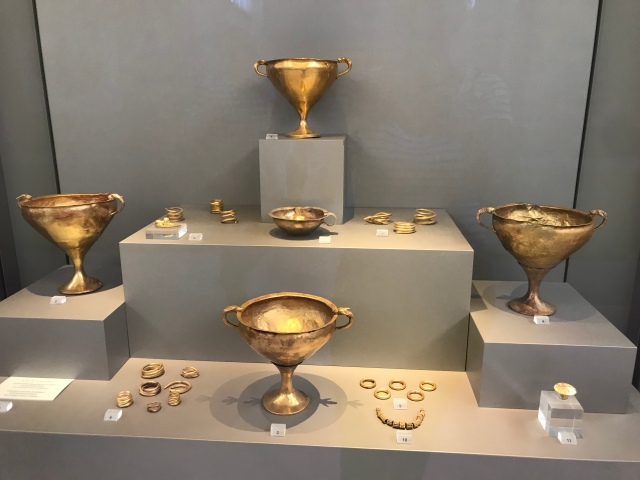 The Vapheio cups that inspired Picasso 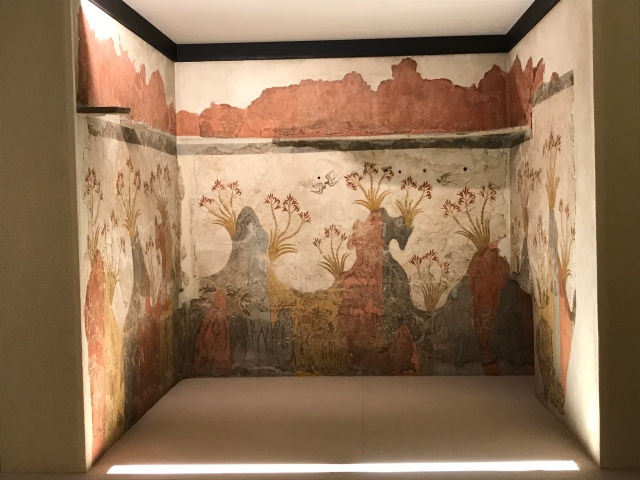 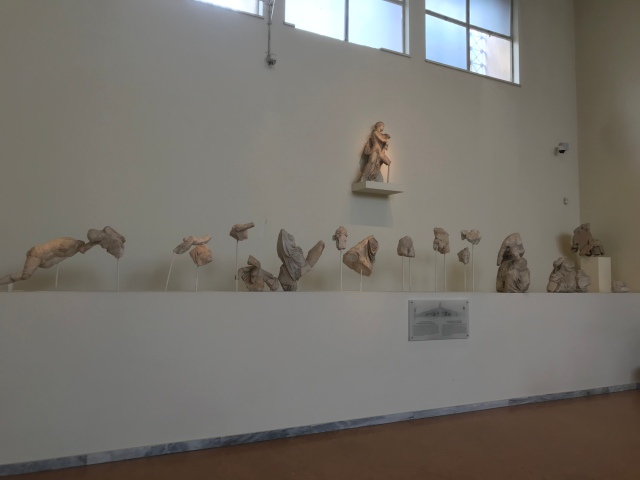 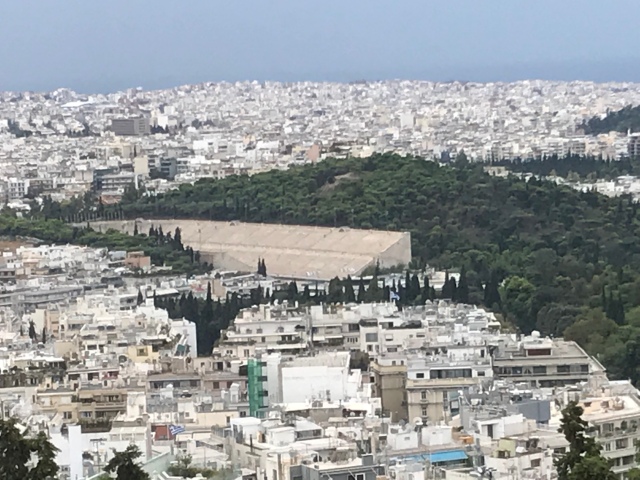 The Caryatids of the Erectheion on the Acropolis 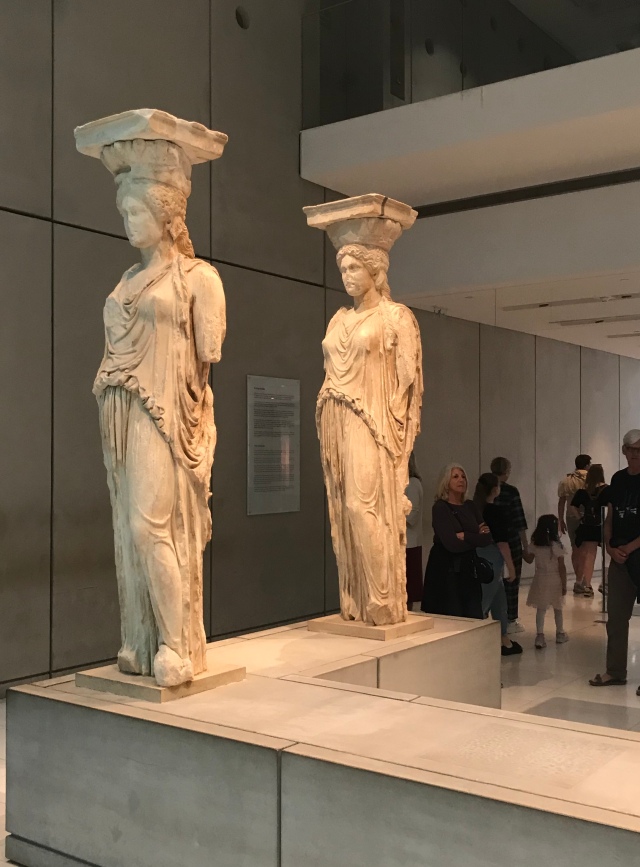 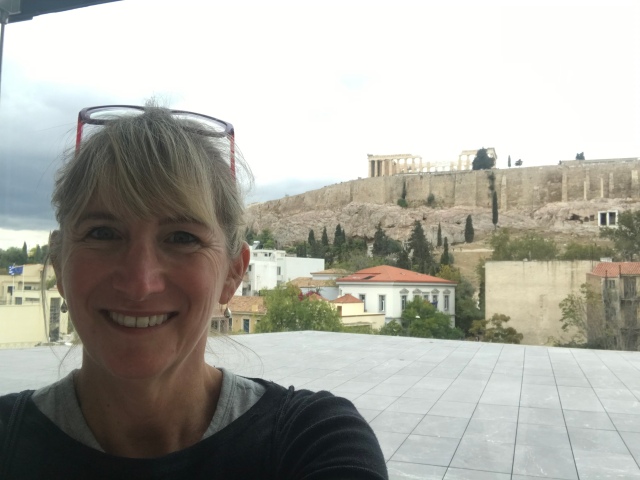 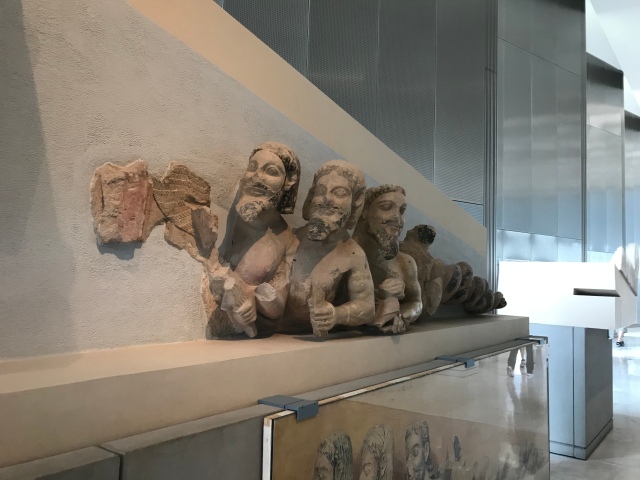 The city excavations below the Acropolis Museum 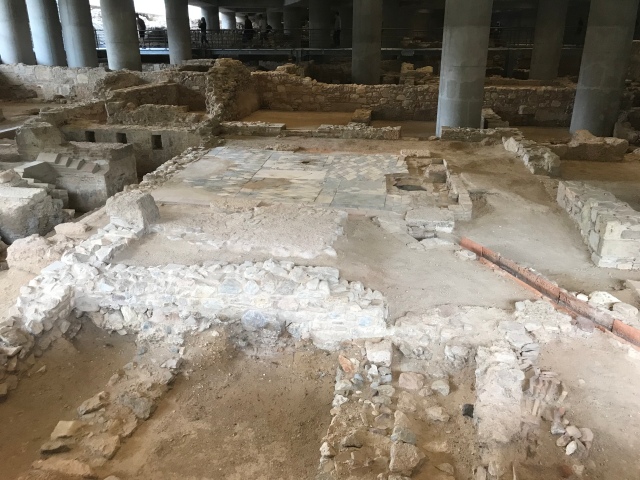 Tower of the Winds (used as sundial and wind vane) 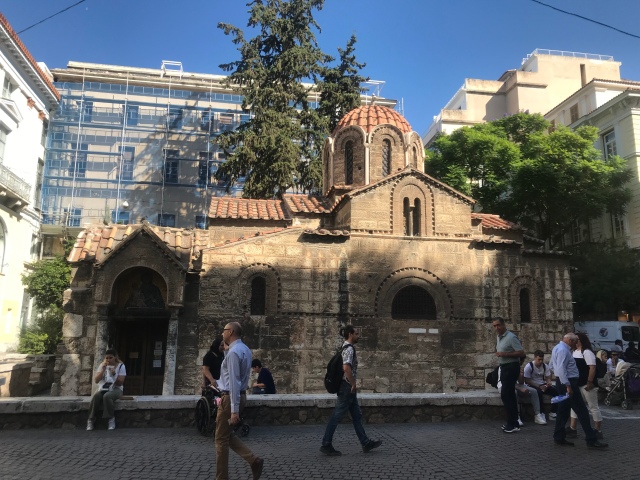 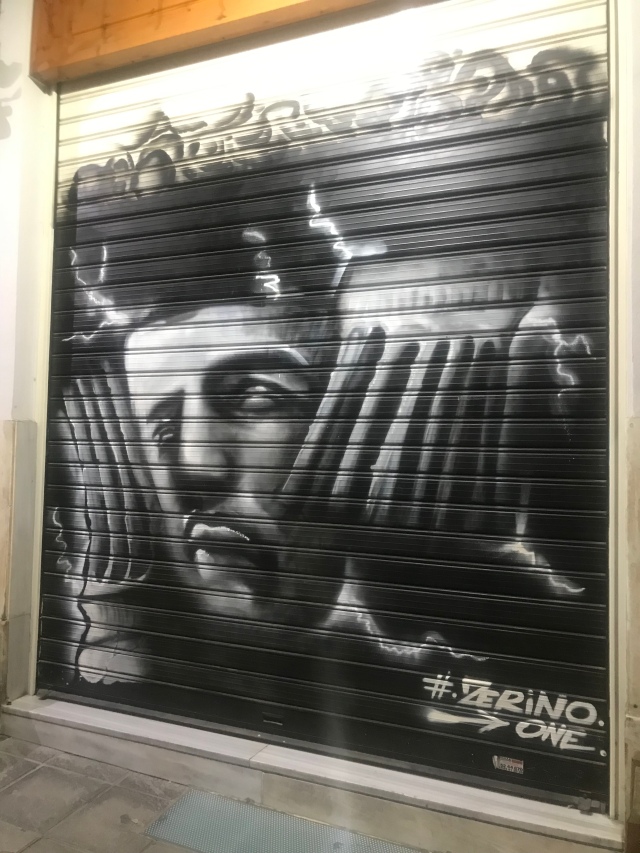 1 Response to Almost an Athenian…