Posted on July 30, 2013 by Teesh
London – my last destination before travelling home. It was only going to be a short stay but had been looking forward to it given the planned catchups with the girls from the Patagonia leg of the trip. I’d planned to meet Jo and Claudine at Trafalgar Square in the afternoon so I took that advice of Constantine, my lovely Airbnb host, to meander around Covent Garden and surrounds in between.
I had decided to resist taking photos of things I had seen on my previous visit to London and so just soaked up the atmosphere. It was Sunday so plenty of people around. I had noticed that the streets seemed a lot cleaner and neater since my last visit; concluding it was a consequence of the improvements done for the Olympics.
It was so lovely to see Jo and Claudine and to be introduced to the big blue cock in Trafalgar Square (apparently that particular plinth has a new piece of art installed every 18 months) – what would Lord Nelson think!  A bite to eat and a lot of reminiscing was had; a lovely night.
I had the great fortune of also getting to meet up with Karyn and Rod who were also spending a few nights in London; they’d been travelling for two months and I had been tailing them in Europe. I was staying in Paddington and they in Bayswater so we met in Little Venice from where we caught one of the narrow boats up to Camden Markets.
It was an informative boat tour (albeit delivered a little sternly by our guide) that commenced in Grand Union Canal and continued up along Regents Park Canal. The canals are more than 200 hundred years old and were originally used to transport cargo by horse power (no engines at the time). The marks along the horse path showed the indents caused by the horse tow ropes.
The homes along Regents Park were rather lovely (but so they should be for up to a cool 110 mil). On arrival to Camden Market (the original stables for the horses) the heavens opened up. Rod got to witness a spectacular stack on my part – no serious damage just a little shook up and certainly nothing a chocolate brownie couldn’t fix. Finally back into ballet slippers and this is what happens – I shudder to think how I’ll go in heels next week!
The sun graced us again and I was off to meet Jo, Leo and Leo’s Spanish friend, Ruben, at the Tate Modern. It had been wonderful to have the ‘unplanned’ catchup with Karyn and Rod. Will no doubt be out on the bike with them in the weeks to come.
The Tate was filled with a vast array of works; as usual those that just made no sense; those that seemed so simple that you wished you had been the first to do and those that were world famous like the pieces by Picasso, Miro, Matisse and Kandinsky.
Another reunion that ended all too soon. The good news was that Leo was returning to Perth this year after years of travel so there was every chance we would meet up again sometime in the not too distant future.
It was then onto dinner with Jo and Claudine. Claudine had chosen a South American restaurant on the River – what could be more appropriate for our final reunion before I said my farewells???  Of course it was piscos all round!
It had been so wonderful to catch up with these girls after our last meeting four months ago.  I was ever so grateful that they’d made the time for the catchups (Jo having to travel a few hours by train and get accommodation) and I knew sadly as we said our farewells that it was unlikely we’d meet face to face again for a while if at all.
Last day to visit the British Museum with its wonderful collection from around the world. It’s considered the oldest museum in the world; it started in 1753 after the British government purchased a very large collection from a British chocolate milk Baron!
Packed and ready to head out to the airport for the travels home…

With Claudine, Jo and the big blue Cock at Trafalgar Square

Cruising in a ‘narrow boat’ from Little Venice to Camden Markets)

Catching up with Karyn and Rod

Catching up with Leo and Jo at the Tate Modern

Bust of a woman, Pablo Picasso 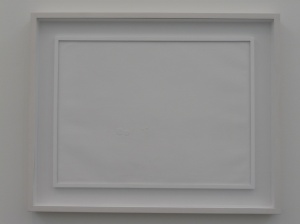 No it’s not a blank canvas – look deeper into this fascinating piece of art!?!?

Quartered Meteor, Lynda Benglis – I know someone who will really love this. 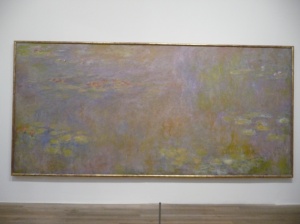 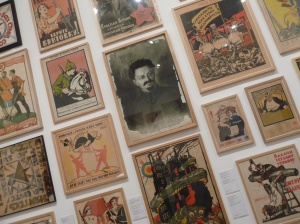 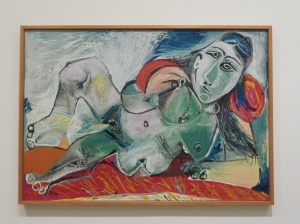 Some more Rene Magritte – Man with a newspaper

Finished with our own Sidney Nolan – Inland Australia 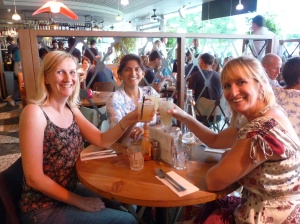 Dinner at Las Iguana and piscos all round! 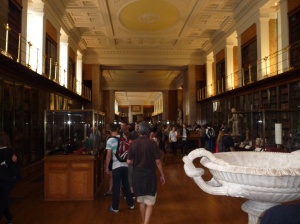 The ‘King’s Library’ in the British Museum

The Lewis chessmen – made out of ivory from walrus tusks believed to originate from Norway between 1150-1200.

Ribchester helmet from the Roman Empire found by a young boy while playing in 1796. 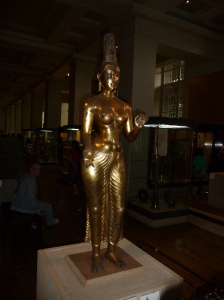 Look who I found on the last day of my holidays! 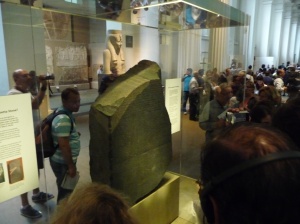 The Rosetta Stone with its three inscribed languages – used to unlock the hieroglyphs of Egypt, 195 BC

1 Response to Reunions in London