Stage 8 – Arolla to La Sage – the day of the cuckoo clock houses!

Ran into Sooni, Charlie and Gerry as we were leaving the hotel, as well as the others who were on the same route. I was really enjoying having the camaraderie in our small group of hikers – all going on our own but catching up at points along the hike – I’d recalled reading how much Don and Jim had enjoyed this on the Camino.

Just as we were about to push off Kit and Mike (Americans from the earlier ‘warm ice’ day) informed us that the day before they had come across Keith flaked out on one of the boulders on the ascent to the ladders. They had suspected he was having some sort of a heart issue. Keith had initiated his transmitter and a chopper arrived within one hour (I guess that wasn’t a supply helicopter after all). The terrain prevented landing so they lowered a doctor and rescuer who assessed him and then they were all hitched onto a line where they were airlifted until a spot was found to safely hoist them all up. Dramatic! The boys thought he would be okay but didn’t know he had an existing heart condition. Karyn and I left on our hike with heavy thoughts of Keith and the hope he was okay.

The day’s hike was a lovely stroll, passing lovely little houses that reminded me of the houses in cuckoo clocks. We also passed lots of barns with stone discs below the bearers, which are used to keep the rats out of the feed in the barns.

We decided to skip the option of hiking up to Lake Bleu – we’d seen plenty of lakes the day before! Instead we had a nice stop in Las Hauderes for lunch; classic scenery and habitation of the Swiss Valais.

Lovely to see the locals out playing a bit of Saturday boules – took me back to some great times in the Dordogne.

Our last slog was the walk up through the woods to La Sage. Karyn ‘kindly’ pointed out a dead snake by the side of the road …they have snakes here???? Not so comforting given the amount of hiking we were doing in the woods.

Our hotel was lovely with balconies giving great views over the valley – the hosts were the best we’d had on the trail; nothing seemed too much trouble.

When we sat down to dinner Karyn received a message from Keith, which said he was out of hospital and on instructions from the doctor to rest. I was so relieved. I really admired him – he reminded me so much of grandad with his determined spirit and I could see he was extremely proud of his adventurous accomplishments.

Dinner was lovely except for the foreign object on our plates. On enquiry we were given huge apologies by the wait staff and then chef for the foi gras making it onto our ‘vegetarian’ plates. If Trevor was reading this he would no doubt claim I ordered it on purpose – I’ll never live that Montrachet experience down!

It had been a lovely day – a relatively easy hike and great company to boot. I could feel the camaraderie building within the group of us who were on the same route and timeframe.

Leaving the pretty hamlet of Arolla. 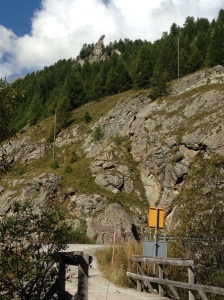 Barns with slate discs to keep the rats out! 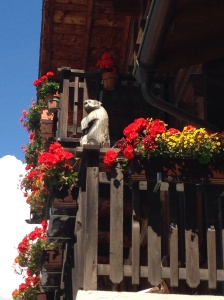 A bit of marmut spotting. 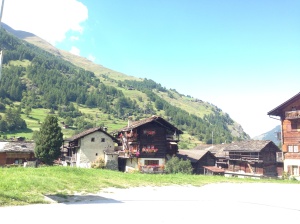 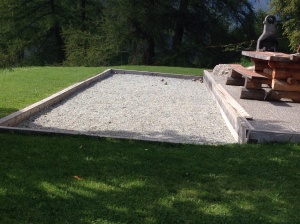 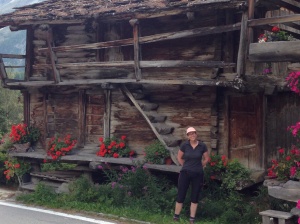 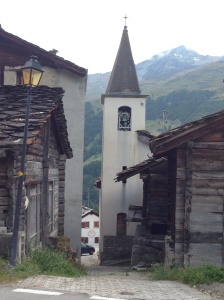 Will he turn into Prince Charming? 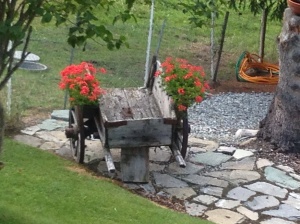 1 Response to Stage 8 – Arolla to La Sage – the day of the cuckoo clock houses!